Things To Know About Legal Status Of CBD In USA

Things To Know About Legal Status Of CBD In USA 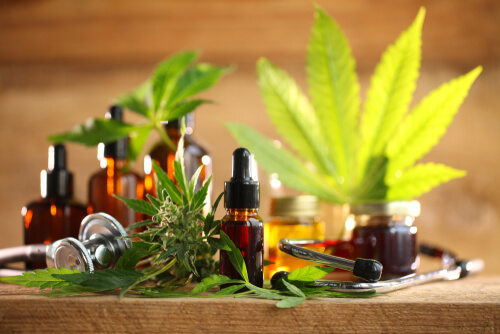 CBD was first introduced in the United States of America during September 2018. This was earlier than the enactment of Farm Bill 2018. The first-ever CBD product that came to the US market was not actually a CBD supplement but a medical drug known called Epidiolex. Soon after the arrival of this medicine, the new farm bill approving licensed farmers to grow and sell hemp plants came into action. This law changed the fate of CBD products in the US market. However, even after this much time, there are so many misconceptions and ambiguities regarding the CBD laws in America. The following are a few laws and regulations implemented by the state and the federal government of the USA that is having a direct impact on the legal status of CBD products.

Until 2018, the CBD products were treated as an illegal substance and had the same status of other schedule I drugs like marijuana. The cultivation of the hemp plant was also illegal as it was an item listed in the Controlled Substances Act. However, the enactment of Farm bill 2018 or the Hemp Farming Act changed them all. This act was introduced to promote hemp cultivation and also the manufacture of CBD products. The introduction of this act removed the hemp plant from the list of controlled substances. As per the new farm bill, any person living within the national territory of the USA was allowed to engage in the cultivation of hemp plant and also in the extraction, manufacturing, and sale of CBD products under the following conditions.

The Farm Bill 2018 not only legalized the growth of hemp plant and the production of CBD but also made it legal for the producers to export these products to other countries that are permitting the usage of hemp derived CBD products.

The FDA or the Food and Drug Administration is an agency working under the federal government of the USA. This agency is assigned with the task of testing and approving all types of edibles and medical drugs that are introduced into the US market. If any of these substances are rejected by the FDA, it will become illegal to involve in the sale and purchase of the same. The FDA has not yet approved CBD as a medical drug. This is because the hemp plant is a bio-accumulator and it may contain harmful chemical or metal substances from the soil.

The second reason is that, before using anything as a medical drug, it needs to be tested in various circumstances to understand its full potential. The CBD is a new substance and it has been only a few years since it was introduced into the US market. Therefore, the testing and research regarding its effect in various conditions and long term usage are not yet complete. For this reason, many clinical trials are being conducted in the USA.

Even if these products are not yet approved as a medicine, the FDA has approved the sale and usage of CBD as a dietary supplement. Presently, CBD products in different forms are available in almost all the open markets and also through many e-commerce websites. However, doctors are not yet allowed to prescribe CBD to their patients even if it is potentially useful for the treatment of many conditions.

It is an act implemented by the federal government of the United States of America to control the import, possession, usage, and distribution of certain substances. This act came into force during 1971 and it has been amended several times to add and delete certain substances over time. The cultivation of the hemp plant and the usage of CBD products were prohibited by this act till 2018. After the farm bill, the CSA was amended to exclude the hemp and hemp products including CBD from its negative list.

The controlled substances act has only permitted the usage and distribution of hemp-derived CBD products in the national territory, that is, the CBD products made from the marijuana plant is still illegal. This is because even if the CBD derived from these two plants are the same, the products made with marijuana plant will have traces of a compound known as THC. This compound also has some medicinal qualities but it is not good for health due to its addictive and mind altering properties. 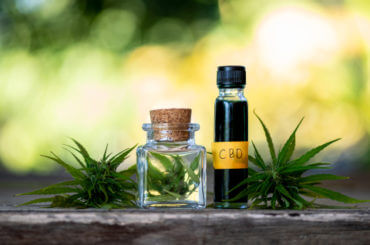 How Can CBD Keep Your Heart Healthy

Tips To Ensure The Quality Of A CBD Product